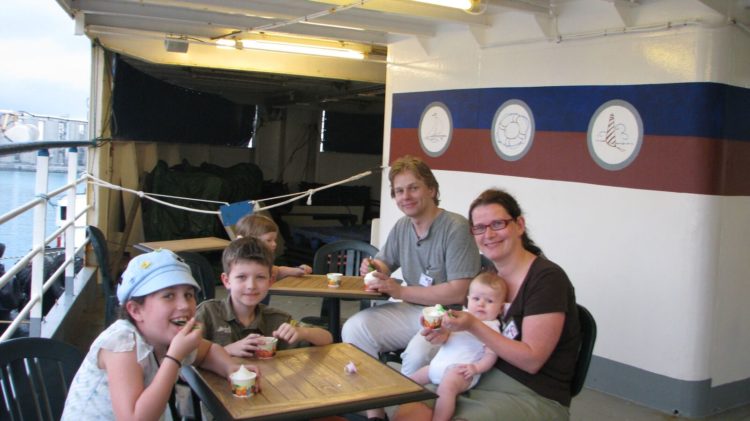 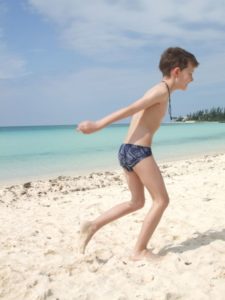 After have been here for a couple of days, we’re starting to get used to life on board. The kids know their way around now, so we don’t have to be afraid they really get lost ;-)
Marthe and I have already been working in the Book Fair, which was really nice to do. I’ve also been working in the galley (which is the kitchen).
It’s nice to do something whenever someone else takes care of the kids.

Tomorrow Herbert has his day off and we plan on going to the aquarium. At 4 pm we’ll have to be back, because we’ll then be picked up by a local family to come visit them at their house, so the kids can play. They really seem very nice, so we’re looking forward to that.

Saturday evening we had a youth meeting on board the ship where lots of local youth was present. We sang a song that is being translated in many different languages and everyone who know the song in their language could sing a solo. I sang it in Norwegian, since I don’t know the Dutch version.
The chorus in English is: “You are great, You do miracles so great, there is no one else like You, there is no one else like You” (if anybody knows the song in Dutch, please let me know!)
In the youth meeting there was a pastor and he asked me and some others to come to his church on Sunday and sing the song there.
So yesterday we’ve been to Cornerstone church here in Hamilton, and I sang the song ;-)