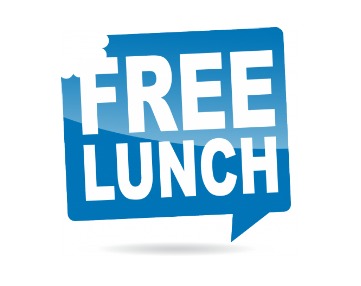 Today was a day with meetings sharing vision for the Pacific islands, getting a virtual instance on Amazon AWS in shape for OpenVBX, helping out in the kitchen ánd serving homeless people at the yearly Thanksgiving luncheon that was organized here, getting unwilling printers in shape, saying “bye for now and see you in January” to our good friend Ana Moody, thinking about things big and small – and finding out how much you should put up with…

And to start with that last sentence: no, that has nothing to do with me, but with friends here who have experienced soo much unnecessary and random hardship that you have to wonder (I would think). Cars breaking down, housing contracts terminated, kids out of the blue seriously ill requiring surgery: that can happen, but when it happens in such a short time frame it makes you reconsider being here. So the family is travelling back for now to regroup, rethink and listen again – please carry them in your prayers cause they need to feel the love.

With so many people coming and going, it’s nice to have procedures in place to fall back on: you know what to do and it even may make sense. Maria met Joni (sorry if I didn’t get your name right, Joni (and Maria, haha)) and they pretty much have been talking since then. Something with a glove fitting a hand perhaps, what do I know :-). So nice to see that. At the same time: new people coming in also means current friends going on. Ana Moody (who with her husband help out in a children’s home in China near Being), left to spend time and Christmas with her husband and the kids in the children’s home. It’s easy to become melancholic when people leave, but she will be back to participate in the medical Bibleschool (aka DTS) from January on. If you would like to check out the children’s home they’re engaged with, let us know!
Now her son Joshua is steering towards creative story telling – more specifically in the movie industry. When you envision stories using moving pictures, seeing all colors is helpful. When you are colorblind or partly colorblind, that is inhibiting. However, you can be prayed for and it can happen that you then are able to see in a totally new way with so many colors. Like sunsets. Or the flower print on your mum’s dress.

So Joshua now sees colors…. I had no idea you could pray for that.

From 10 to 12 we had fun helping out at the Thanksgiving Luncheon for homeless people. I was really impressed with what the local churches and volunteer organisations had put together. Not only was there food, served by volunteers and police officers, there was also possibilities to get a free hair cut, find free clothes and toys, get a manicure, have your pet checked, get an ID card, be prayed for… The atmosphere was mostly relaxed and people were polite towards each other. It was good to see the people in a different settings – both for homeless who get told off by police officers time and again, but also for people like me who told off this guy who was trashing through our trash one night.
Being part of the luncheon was a fun opportunity.

By the way, OpenVBX will run well on Ubuntu if you fall back to php5.6 – so if you’re going for that on php7 you’ll find that the required “old school” mysql libraries are not available for php7. Something that’s good for all to know :P
Looking forward to getting that up and running so I can test Twilio further which looks promising.

And the day started by taking the kids to school and right afterwards meeting with Ben, our Bibleschool leader in 2013. He will do a DTS in Saipan and Jeju in April 2017 so be there or be talked about!
I’ll post more about that DTS and the YWAM base on Saipan later. The Pacific is important for Asia from a spiritual point of view.
And in any case it’s good to bring and create jobs where people are, to prevent neo-colonization; too often we see that instead of the raw materials, people are exported to Europe, the US and so.
I believe it starts with education, and that’s where passion comes in. And RTTI. Should I help out training the trainers? It’s starting to look more and more like that.